Beyond the Dark Side: Chapter One 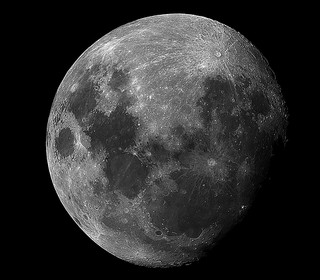 The force field flared with brilliant explosions of light as the meteorites rained down upon Aldric Dewitt’s silver hovercar. Not for the first time that week, he mentally praised the photosensitive windshield’s design makers, as the immediate reaction prevented him from being blinded. Driving during a meteor shower was foolish, but there was little time for caution. Timing was critical when it came to his void stream experiments, and his meeting with the defense minister had run long, so it was risk the meteors or lose two years of research in an implosion that would level his lab.

Aldric scowled at the video screen embedded in the dash of his car as the soft jingle of bells signaled an incoming call. He tapped the touchscreen and said, “Aldric speaking. Make it fast.”

The face of his lead assistant, Margaret Vo, popped onto his screen. Worry creased her brow, but her hair was still held tight in her trademark bun, so things were not that bad yet. “Doctor, we’re reaching the point of no return. How much longer will you be?” She was a capable assistant and a voracious lover, but Aldric was growing tired of her. The university would be farming out interns in a couple of weeks. He would let Margaret go before then.

“I’m driving as fast as I can, Margaret, but this storm is a doozie.” As if to emphasize his words, a flurry of meteors struck his car in rapid succession, making the interior flash like the inside of a retro disco found in the poorer parts of town. “If I’m going to make it at all I should probably not be talking while I’m driving.” He stabbed the screen with a finger, promptly cutting off the conversation. The truth was he could let the autopilot drive through the flashing barrage of space debris, but he enjoyed the danger and the thrill of knowing his life was in his own hands.

Aldric pulled off the expressway with less than five minutes until his DNA was needed to open the genetic lock that kept his work safe. A simple key lock might be easier, but there was a lot at stake and too much money involved to take shortcuts on security. Two minutes later he slammed on his brakes as he slid into his private parking space. He popped open the door and was running toward the lab before the car stopped moving. He ran down two flights of stairs and a pair of painfully long hallways before he crashed through the lab door with thirty seconds left on the countdown.

“Son of a bitch,” Aldric said as he rammed his finger into the lock. The needle-like probe at the base of the keyhole pierced his skin and sampled the blood that welled from the insertion.

“Identity confirmed,” chimed the breathy female voice of the lab’s security system. Aldric mashed down the button as soon as the security shield opened. “Void containment maintained, please reset within twenty-four hours.” Aldric spent hundreds of hours perfecting that voice; only the slightest hint of distortion indicated that the words came from anything other than a woman with a very sexy Australian accent. He often looked around for her when he was tired or distracted.

“Do you think you could have cut that any closer?” Margaret asked.

Aldric smiled and shrugged his shoulders. “Possibly, but that would be reckless don’t you think?” He laughed and turned to the other man in the room. “Evan, you weren’t worried, were you?”

Evan Murray sat half-hidden by his desk. He wiped the sweat from his balding head and blinked hard as he released the breath he was holding. “Worried is an understatement, Aldric. I nearly pissed myself.” Evan stood and walked around the desk and said, “I think it is time to add one of us to the lock so that we can avoid this sort of thing.”

“But it is my baby,” Aldric said with a laugh. “I know you two love it as much as I do, but you’re both like my brother, Murray. I love him, but I wouldn’t trust him with my life.” The head of Dark Side Experimental sat down on Margaret’s desk before continuing. “Seriously though, it is not about trust, at least not as far as you two are concerned. Everyone knows that I’m the only one who can reset the clock, so Chancellor Decker and Admiral Plotz both know that they gain nothing by taking you or your families.” Aldric looked at them in turn. “This is not about my control. It is about your safety.”

Evan’s flinched as the words hit home. “You don’t think they would really–“

“I most certainly do, Evan,” Aldric said. “I think that if they could force the information out of us the Chancellor would stop the distribution of free electricity so they could line their pockets with our hard work.” He walked through the room, spinning around slowly, with his arms spread apart. He laughed and continued. “And if the military got their hands on it, well, you know there would be a new batch of weapons that did more than stun people. The only thing that keeps us free is that little device and my finger.” He pointed at the genetic lock and a drop of blood fell from his finger.

“Not to make things any gloomier, but what happens if you die?” Margaret asked.

Evan went pale, but Aldric smiled and said, “The lab explodes and the moon falls into chaos.” Aldric walked around the room to the locked liquor cabinet, reached into his pocket, and pulled an old-fashioned key for the mechanical lock. “So, it is in everybody’s best interest to keep me alive.” He pushed the key into the lock and turned it. The satisfying click of the lock opening made him smile. “There is something to be said for the beauty of simple things,” he whispered.

“What was that?” Margaret asked as she walked toward him.

“Nothing really,” he said as he reached into the cabinet and pulled out three glasses and a bottle of scotch. “I was just thinking out loud.”

“It’s a dangerous habit, talking to yourself,” she said as she stopped a little too close to him. It was the worst kept secret in the company that they were sleeping together. Aldric didn’t care and Margaret mistakenly thought it improved her standing within the company. The truth was she was just one more in a long string of subordinates that Aldric had bedded, and their relationship would end like its predecessors: in tears or anger.

Aldric poured himself a full glass, handed his two assistants their glasses, and filled them halfway. “So now that the clock has been reset, shall we make our way to the basement and get some work done on the refinements?” They both nodded, so Aldric led the procession through the door and down the long flight of stairs to his secondary lab.

“What is the plan for today, Aldric?” Evan asked between sips. “Are we returning to the cooling system or the conversion chamber?” Evan hated the way Aldric bounced from project to project, but the man was a genius, and his boss, so he put up with it.

“Neither actually,” he said as he reached the landing at the bottom of the stairs. “I had an idea while I was trying to stay awake in that meeting.” He waited until they were both off the stairs and looking at him expectantly. “Today we’re going work on increasing output.”

Evan and Margaret looked at each other, then back to Aldric. “How can we increase output?” asked Evan. “The numbers say we maxed the output two years ago; if we try squeezing any more out of the collapse it will cascade, and it won’t matter whether you reset the clock or not.”

“I know all of that,” Aldric said, “but there has to be a way around it. Fifty years ago, the idea of creating and collapsing a void for power wasn’t even on the radar of cutting-edge science. Now look at it. Without that same technology, there wouldn’t be a moon colony. We have to think of a way to get past this limit and I had an idea during the meeting that I thought we should explore.”

“Instead of creating a void,” Aldric paused for dramatic effect, a habit he enjoyed far too much, “let’s create a whole dimension and collapse it.”

“Yet it is widely accepted that it does exist,” Aldric said with a smile. “We’re going to prove it exists and then use it to create enough free power to keep the moon and the earth itself running in perpetuity.”

“Completely.” Aldric submitted himself to the battery of scans and probes required to open the door to the basement lab before walking into the decontamination area. He waited for the others to go through the same ritual before he hit the button that filled the room with antiseptics, electrical neutralizers, and a low-grade radioactive cleanse. “Now let me show you what I’m thinking.”

Aldric opened the door to his personal lab and led his assistants inside. The large room was filled with the most expensive equipment to be found anywhere in the solar system. Aldric gave the moon free power, but he sold the government the equipment needed to make the power flow throughout the lunar power grid, and he had made them pay dearly for it. He was the wealthiest man on the moon and could have retired with what he had, but more than money and power drove him. Aldric wanted to crack the secrets of the universe and use them to propel humanity into the far reaches of space.

Evan and Margaret hung up their coats and sat at the worktable in the center of the room while Aldric pulled up the wall-mounted touch screen. He silently made cryptic notations in the lower right-hand corner of the screen, drew large pictures in the middle, and wrote a series of equations down the left side. The two assistants took it all in as he worked. The confusion was plain on their faces, but the more Aldric wrote, the more they began to understand. “He is a little scary isn’t he,” Evan whispered.

Dark SidemoonScience fictionWriting
Previous Post
Twitching in the Corner
Next Post
Beyond the Dark Side: Chapter Two