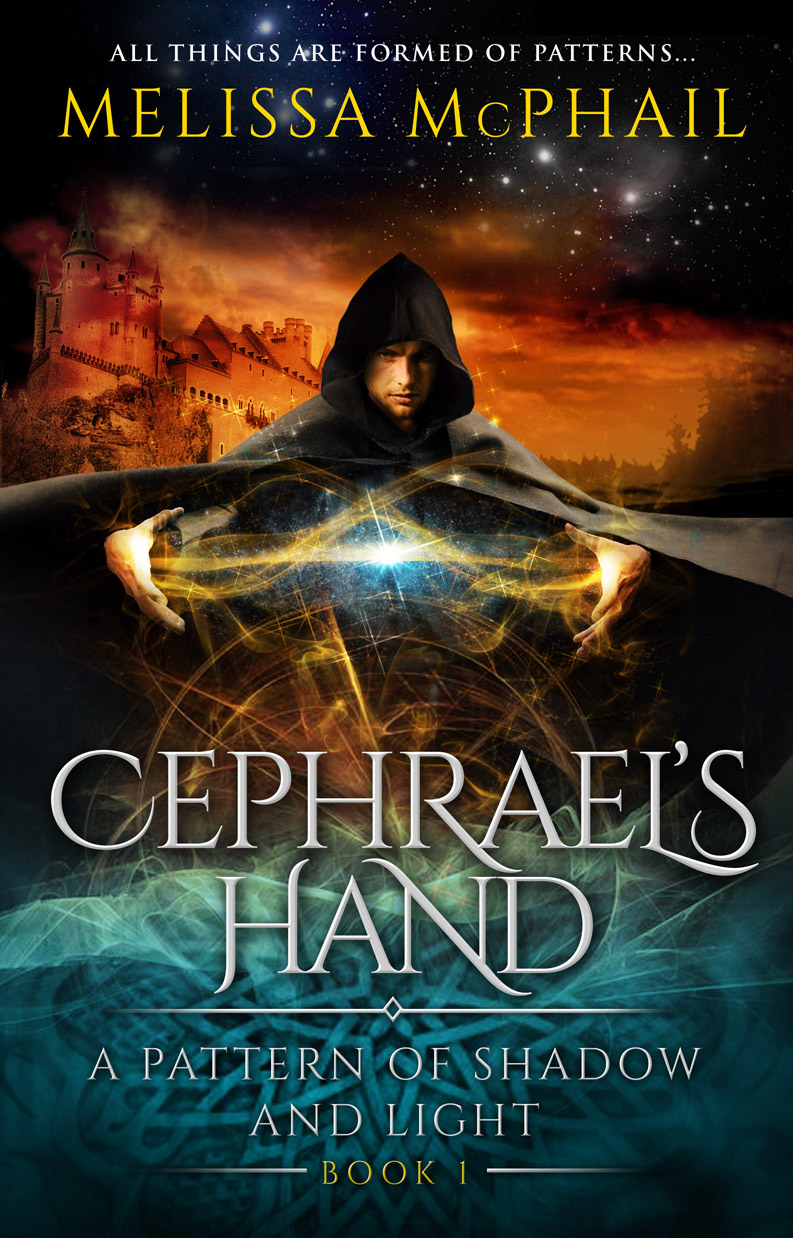 This entry is part 52 of 80 in the series Reviews

Making the right decision seems like an easy thing to any person observing from the outside. There is distance between them and the events taking place. They have a view devoid of the passion of the moment, they see what has happened, and what the consequences may be, but they are not pressed by the urgency of the moment and they rarely understand the full scope of what they think they know. To make a decision from within can be the most difficult task and often there is little time to make it.

In Melissa McPhail’s novel, Cephrael’s Hand, decisions are made and judged by those who only see part of the story, and the consequences are momentous. Kingdoms rise and fall as the greatest game is played out in a world that is dying from within. It is up to Prince Ean and the First Lord to either save them all or destroy what little remains.

This is epic fantasy at its best. Otherworldly creatures, magic, swordplay, mystery, and politics all have a place in this story and the author weaves it all together in a symphonic storytelling that is impossible to put down. The characters are vivid and maintain just enough connection to stereotypes to feel familiar without losing that which makes them unique. The setting is vast and ancient, giving it a Tolkienest feel that fans of the genre will be sure to enjoy.

There were no major complaints for this book. If there was anything to find fault with it was the rather over-used apostrophe in the names of people and places. It has become a bit common place in Fantasy and Sci-Fi to use an apostrophe in this way to make the names seem, well, fantastic, but it is used rather aggressively in this novel and it distracts from the quality of the writing.

This is a great book and a superb start to the series. The epic scale and wonderful writing make this a really enjoyable read, even if you are not a fan of high fantasy. The political intrigue, passion, and action is sure to keep readers riveted. I would definitely recommend picking up a copy of this novel.

About the Book – About the Author – Prizes!!!

About the prizes: Who doesn’t love prizes? You could win one of two $50 Amazon gift cards or an autographed copy of Cephrael’s Hand! Here’s what you need to do…

That’s it! One random commenter during this tour will win the first gift card. Visit more blogs for more chances to win–the full list of participating bloggers can be found HERE. The other two prizes will be given out via Rafflecopter. You can find the contest entry form linked below or on the official Cephrael’s Hand tour page via Novel Publicity. Good luck!

About the book: “All things are composed of patterns…” And within the pattern of the realm of Alorin, three strands must cross:
In Alorin… three hundred years after the genocidal Adept Wars, the realm is dying, and the blessed Adept race dies with it. One man holds the secret to reverting this decline: Bjorn van Gelderan, a dangerous and enigmatic man whose shocking betrayal three centuries past earned him a traitor’s brand. It is the Adept Vestal Raine D’Lacourte’s mission to learn what Bjorn knows in the hope of salvaging his race. But first he’ll have to find him.
In the kingdom of Dannym… the young Prince Ean val Lorian faces a tenuous future as the last living heir to the coveted Eagle Throne. When his blood-brother is slain during a failed assassination, Ean embarks on a desperate hunt for the man responsible. Yet his advisors have their own agendas, and his quest for vengeance leads him ever deeper into a sinuous plot masterminded by a mysterious and powerful man, the one they call First Lord.
In the Nadori desert…tormented by the missing pieces of his life, a soldier named Trell heads off to uncover the truth of his shadowed past. But when disaster places him in the debt of Wildlings sworn to the First Lord, Trell begins to suspect a deadlier, darker secret motivating them. Honor-bound to serve the First Lord in return for his life, Trell continues on his appointed path, yet each day unveils new and stranger secrets that eventually call into question everything he knows.
Get Cephrael’s Hand through Amazon or Barnes & Noble.

About the author: Melissa McPhail is a classically trained pianist, violinist and composer, a Vinyasa yoga instructor, and an avid Fantasy reader. She lives in the Pacific Northwest with her husband, their twin daughters and two very large cats.
Connect with Melissa on her website, Facebook, Twitter,or GoodReads.